increased secrecy within the soviet government and society

gave support to the right-wing government of el salvador

moved the soviet union away from a state-controlled economy

led to a soviet invasion of the island nation of grenada

Mikhail Gorbachev introduced measures that moved the Soviet Union away from a state-controlled economy.

Soviet union was in a cold war with the United States and this cold war ended in the year 1991. Mikhail Gorbachev was a politician of the soviet union which had a huge name in ending the cold war and to make peace between the two.

One of his policies to do the same was to move the soviet union from an economy which was controlled by the center and people could open their own businesses.

Mikhail Gorbachev introduced measures that sought a flexibilization and liberalization of the Soviet political system.

When Mikhail Gorbachev came to power, he found a country with serious problems. After the death of Stalin three decades earlier, the denunciation of his repressive methods never led him to question the communist monopoly of power. On the other hand, the arms race with the West had contributed to economic stagnation.

To change things, Gorbachev announced a program of reforms that would become popular through the slogans of perestroika (restructuring) and glasnost (transparency). His objective was not to establish a democracy, but to proceed to a revitalization of socialism.

Gorbachev's opening program seduced the West, but not so much the Soviets. The change aroused too many illusions of freedom and the fears of the old communist guard. The reforms were unable to translate into tangible facts.

Perestroika attacked the inefficient state planning economy, but had not created a market system capable of taking over it. That is why the population ended up identifying Gorbachev's policy with scarcity.

Eager to revive the economy of the USSR, Gorbachev wanted to cut military spending and reached a disarmament agreement with the United States. He also drew the attention of the world by announcing the withdrawal of troops from Afghanistan, where the Soviets had engaged in an endless war, comparable to what Vietnam had been for the United States. In turn, in Eastern Europe, the Kremlin expressed its willingness not to intervene in the affairs of the satellite countries.

When it became clear that Moscow was not going to suppress political discontent, a democratizing wave shook Eastern Europe. First was the success of non-communists in Poland. Then the Berlin Wall fell. In Czechoslovakia, the "velvet revolution" brought the dissident Vaclav Havel to the presidency.

To stop liberalization, the harder sectors of the Communist Party encouraged a coup that failed. Although Gorbachev retained the presidency, his office was already empty of content. Boris Yeltsin was the new strong man.

The USSR unraveled, splitting up in various republics. Latvia, Lithuania and Estonia, which had announced their emancipation from Moscow a year earlier, carried it out. The Russian Federation, Belarus and Ukraine constituted the Commonwealth of Independent States, in which the remaining twelve ex-republics of the USSR would soon be integrated.

answered: alexisbcatlett14
That moved the Soviet Union away from a state controlled economy. Hope this helps!:) 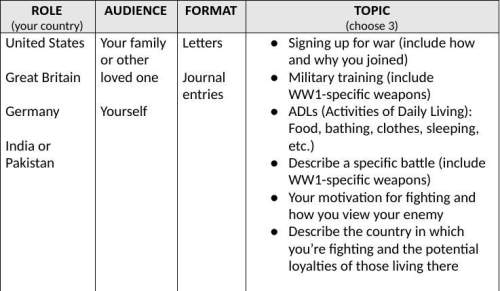 History, 21.06.2019 16:00, ariellllllllllllllll
Five nations with a multiparty system of government. conduct a brief search of secondary source to find a answer
Answers: 3
continue

History, 21.06.2019 23:30, lauren21bunch
At the beginning of the war, why was hitler allowed to continue his aggression without resistance from other european countries
Answers: 2
continue

History, 22.06.2019 01:30, Gabby7047
Which battle was one of the most devastating for
Answers: 3
continue
Do you know the correct answer?
Mikhail gorbachev introduced measures that

increased secrecy within the soviet governme...

English, 12.02.2020 17:19
Planing a writing project involves determining A. how to best research you topic B. where in the library the best materials can be found. C. purpose ,medi...

History, 12.02.2020 17:19
Although all of the choices are correct to some degree, Mansa Musa's pilgrimage to Mecca BEST illustrates his A) belief in the Islamic faith. B) position as the king of the Mali Em...

History, 12.02.2020 17:19
Which selection below is NOT a right of those accused of crimes? Select one: A. right to select their own jury B. right to a speedy trial C. right to legal counsel D. protection ag...

Mathematics, 12.02.2020 17:19
A tank having the shape of an inverted right circular cone with a base radius of 10 ft. And a height of 15ft. is filled with water weighing 62.4 lb/ft^3 Find the work required to e...
Other tasks in the category: History More task
Total solved problems on the site: 7524930
Instant access to the answer in our app
And millions of other answers 4U without ads