Ishall never forget the ecstasy with which i received the intelligence that my old master (anthony) had determined to let me go to baltimore, to live with mr. hugh auld, brother to my old master's son-in-law, captain thomas auld. which of the following statements best explains how douglass uses objectivity in this passage to convey his perspective?
a. he admits his emotion about baltimore, but does so in a measured, formal way.
b. he refers to anthony as "my old master" to establish his credibility.
c. he creates pathos by describing the author's "ecstasy" about seeing hugh.
d. he avoids romanticism by explaining the relationship between hugh and thomas.

answered: tyreshagarrett123
D would be your answer, like you said.

A. He admits his emotion about Baltimore, but does so in a measured formal way.

Douglas begins by explaining the kind of pleasure and euphoria that he received from his master Anthony who was decisive to send him to Baltimore, to live with Mr. Hugh Auld. The author depicts the longingness and affection for Baltimore in a restricted manner as he begins with the feeling of elation as received pleasure with the comprehension but doesn't show it completely and shifts to his master's determination to let him go instead of displaying his own excitement.

By including the author’s thoughts and opinions.

by including the author’s thoughts and opinions

D, He creates pathos by explaining how happy he is to leave Colonel

he admits his emotion about Baltimore, but does so in a measured, formal wayAPEX

I shall never forget the ecstasy with which I received the intelligence that my old master (Anthony) had determined to let me go to Baltimore... is evidence that Douglass experiences optimism despite his circumstances.

The movement that sought to end slavery in the US was called abolitionism. Narrative of the Life of Frederick Douglass is a memoir dealing with the subject of abolition written by Frederick Douglass, orator and former slave, during his time in Lynn, Massachusetts. It was first published in 1845. It is considered the most famous of all works written by former slaves of that period and one of the most influential works related to the abolitionist movement.

Life of slaves wasn't an easy one, especially for children. In the given passage, we can see that young Douglass is looking forward to leaving the plantation he had to work on. The feeling he experienced when he was told that he gets to leave he describes as ecstasy. Despite continuing to work in tough conditions for three more days, he was still happy and optimistic, and the sentence that tells about his optimism is I shall never forget the ecstasy with which I received the intelligence that my old master (Anthony) had determined to let me go to Baltimore, to live with Mr. Hugh Auld, brother to my old master's son-in-law, Captain Thomas Auld.

The answer is: by including the author’s thoughts and opinions.

The memoir "Narrative of the Life of Frederick Douglass," was written by Frederick Douglass himself, who describes his life experiences as a slave and his strong desire to become a free man. In the excerpt, the author expresses his feelings, ideas and views as he is notices that he will move with Captain Auld, his master's son-in-law. For example, he uses words that communicate emotions, such as joy and ecstasy.

The Correct answer is B. He admits that he has a strong emotion about Baltimore when he says  “I shall never forget the ecstasy with which I received….” But he remains formal when he explains the relationship between the others characters and introduces Anthony as his "old master".

Through all his memories Frederick Douglas avoids too much sentimentalism, even when he tells the reader about his time as a slave and the hunger and cold he suffered. He prefers to use other rethoric devices such as pathos, logos and, ethos.

Letter C is incorrect because at this moment pathos is not utilized - pathos is the using of his imaginary and figurative language to provide the emotional response from the reader.

Letter A is incorrect, he mentions Anthony as his old master because of his formal way of addressing his acquaintances.

Letter D is incorrect because he shows his strong emotions yet in a formal way.

i don't think that you should. it looks amazing to me! it is definitely a lot better than the things that i can draw ; ~ ; 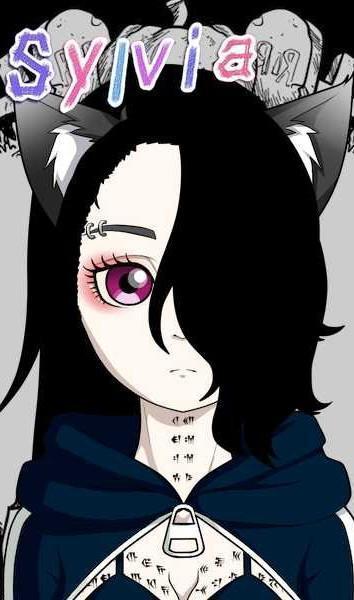 last one is the answer

English, 21.06.2019 15:40, musdaher
Someone answer soon i need it for this test! ​select the correct text in the passage. which line in this excerpt uses the logical fallacy of ad hominem?
Answers: 2
continue

English, 21.06.2019 19:30, yuvallevy14
Frankenstein: what attitudes toward education are expressed by shelley in her description of victor’s upbringing in chapter 1? what, for example, motivates victor and elizabeth to study/practice?
Answers: 1
continue

English, 21.06.2019 20:10, juana18
Read this excerpt from "we shall overcome." hundreds of thousands of people sang them. but sometimes, it was one lone person with a guitar. they sang in segregated bus stations, picket lines, freedom marches, concert stadiums, city squares, and videos. when injustice of oppression threatens, people sing protest songs to proclaim their resistance, publicize their cause, and encourage hope for a better future, based on this excerpt as an introductory paragraph, which of the following would you expect to read about in the article? different groups of people who were oppressed the ways that music brings diverse groups of people together similarities between historical movements that provided rights for groups of people different song styles throughout specific historical events
Answers: 3
continue

English, 21.06.2019 21:10, deedy8095
Which word best describes the author's tone in this excerpt from "that spot" by jack london? i don’t think much of stephen mackaye any more, though i used to swear by him. i know that in those days i loved him more than my own brother. if ever i meet stephen mackaye again, i shall not be responsible for my actions. it passes beyond me that a man with whom i shared food and blanket, and with whom i mushed over the chilcoot trail, should turn out the way he did. i always sized steve up as a square man, a kindly comrade, without an iota of anything vindictive or malicious in his nature. i shall never trust my judgment in men again. why, i nursed that man through typhoid fever; we starved together on the headwaters of the stewart; and he saved my life on the little salmon. and now, after the years we were together, all i can say of stephen mackaye is that he is the meanest man i ever knew. a. excited b. ironic c. indignant d. playful
Answers: 1
continue
Do you know the correct answer?
Ishall never forget the ecstasy with which i received the intelligence that my old master (anthony)...

Chemistry, 05.08.2019 21:10
Give the structure of the principal organic product formed by free-radical bromination of 1−isopropyl−1−methylcyclopentane....

English, 05.08.2019 21:10
The point of view of a personal narrative refers too what the story is about.o how the writer tells the story.o how the story comes to an end.o what happens...

Mathematics, 05.08.2019 21:10
Consider some 4-sided dice. roll two of these dice. let x be the minimum of the two values that appear. let y denote the maximum. let a j be the event containing all outcomes in wh...

Business, 05.08.2019 21:10
Charter enterprises currently has $ 1.5 million in total assets and is totally equity financed. it is contemplating a change in its capital structure. compute the amount of debt an...
Other tasks in the category: English More task
Total solved problems on the site: 13351383
Instant access to the answer in our app
And millions of other answers 4U without ads